The Leaders Summit on Climate was a success. Not enough, but a good enhancement. Slashing at least 10% of cumulative emissions from Japan, Canada and the United States. 0% from Australia, though.

The Leaders Summit on Climate injected hope and a much-needed enhancement of climate actions into the international negotiations. We provide a first quantification of a few of the announcements - focussing on how much countries enhanced their future pledges over their previous ones.** 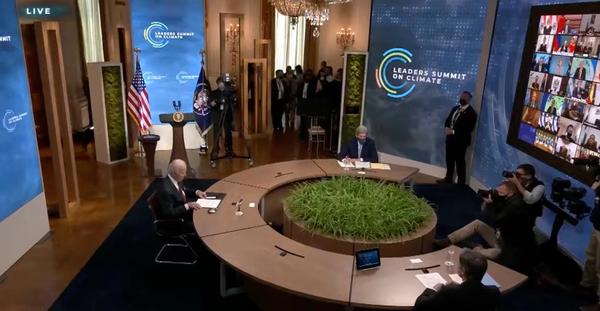 How much of an improvement are these freshly announced targets?

Here, we measure it by providing you with the reduction of total cumulative greenhouse gas emissions from now to 2020-2050.

How to read that graph?

For some selected countries, please check out our initial quantifications here. We compare how the countries advanced in their announcements over their previous pledges. The percentage reduction number that you see in the graph indicates the reduction of cumulative emissions from 2020 to 2050. In other words, the size of the dark blue area in comparison to the whole blue area. The larger the dark blue area, the merrier.

Our initial analysis here focusses on putting some of the announced targets in the context of historical emissions and previously announced NDC targets. 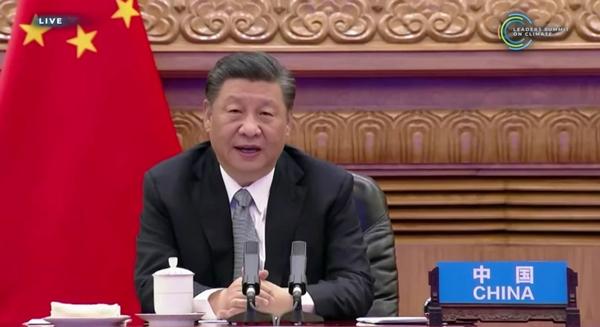 China offered again to peak before 2030 and re-confirmed an earlier pledge to achieve carbon neutrality before 2060. While the 2030 target itself is impressive, the net-zero pledge is a milestone achievement that would not have been considered possible a few years ago. China also announced to start phasing down coal in its 15th 5-year plan period. 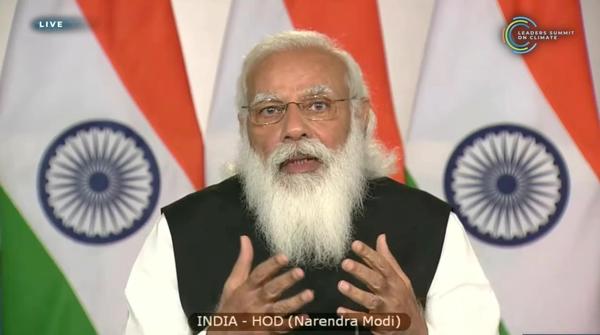 India announced a renewable energy target of 450 GW by 2030 and highlighted that its NDC is one of the only ones judged to be 2C-target compatible. India stressed that per-capita carbon footprint is 60% lower than the global average. Also, India highlighted the importance of lifestyle changes and a "back to basics" philosophy. 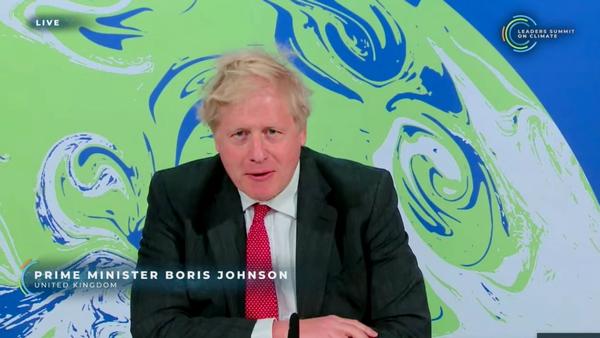 The UK commits to doubling international climate finance. In a continuation of its very strong -68% target for 2030 and stating that it achieved already a cut of 42% below 1990, the UK announced a target of 78% by 2035. The UK also stressed that the richest nations should come together and exceed the 100 billion dollar commitment for climate finance. 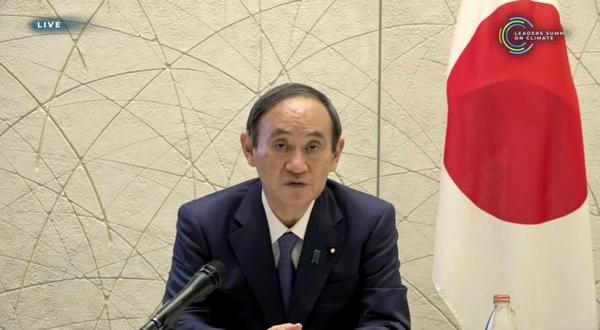 Japan announced a net-zero target for 2050. For the 2030 timeframe, Japan markedly increased its previous pledge of a 26% reduction below 2013. The new target is now a 46% reduction in the fiscal year 2030 compared to fiscal year 2013. Furthermore, Japan announced to aim for a 50% reduction - bringing it into the club of countries that will have halved emissions by the end of this decade. Japan also mentioned a 11.8 Billion dollar climate finance commitment. 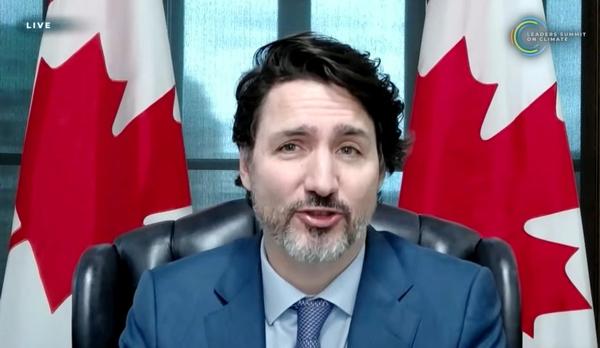 Canada announced a marked increase of its 2030 target to reduce emissions below 2005 levels by 40-45%. Previously, Canada only had a -30% reduction target for 2030. Canada's Prime Minister mentioned that by 2030, its domestic carbon price will be $170 dollars per tonne of CO2. Canada will ban harmful single-use plastics and engage in a substantial tree planting program. 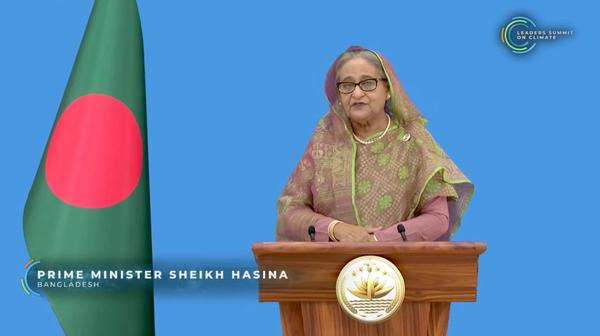 Bangladesh mentioned that it spends 5 billion dollars on adaptation, 2.5% of their GDP every year. Bangladesh said it will pursue a low carbon development path and include new sectors in addition to energy, industry and transport sectors in its forthcoming NDC (to be expected by June). 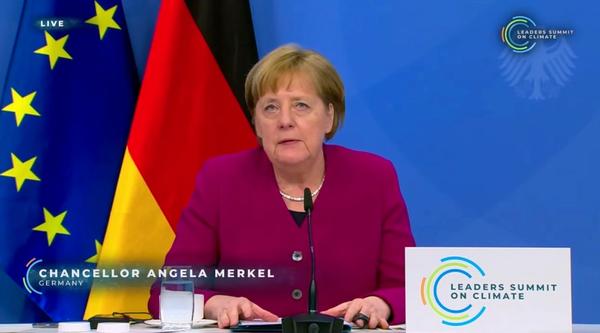 Germany already reduced emissions by 40% below 1990. As part of the European Union, Germany will contribute to the "at least 55%" reduction target by 2030. The EU also adopted a climate neutrality goal for 2050. In addition to the existing ETS covering industry and energy sectors, a new carbon price is established for transport and heating. By 2038 at the latest, Germany will phase out coal electrification. Last year, Germany has produced 46% of their electricity from renewables. A climate finance contribution of 4 billion Euros per year is made. 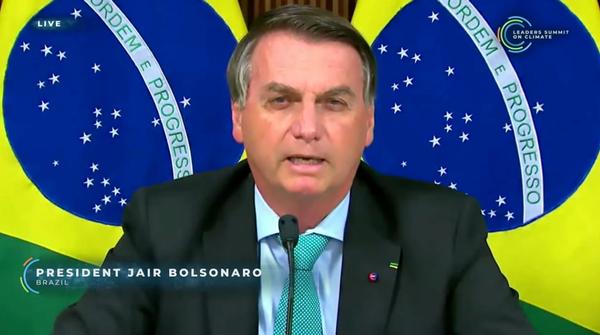 Brazil stated that it aims for net-zero by 2050 and also made the pledge again to aim to halt all illegal deforestation by 2030. In its updated NDC submitted in December 2020, its previous pledge to halt net deforestation by 2030 was not found any more, so this announcement is a step forward. The reason why Brazil's targets significantly deteriorated, although they look strong on paper (43% by 2030 below 2005 levels) is due to an upward adjustment of its base year 2005 emissions from deforestation.

Additional countries making new announcements and/or re-stating earlier pledges included France, South Korea (with a pledge to stop coal power plant finance), Russia, Indonesia and many more. Over the remainder of the year, we will analyse the NDCs in more detail and provided updated quantifications, ranking and our good, old Factsheets. Stay tuned.

Full summit for you to view

Thanks to the zoom age, you can watch the full summit here: https://www.youtube.com/watch?v=p9QLW7CoQRk

Building on our and our colleagues' previous work, we here provide initial quantification of the climate targets by the countries that take part in the Leaders Summit.

In order to have a chance of halting warming, global carbon emissions have to drop to net-zero. Only immediate action to reduce greenhouse gas emissions will give us a chance to achieve the Paris Agreement goal of 1.5C.

Net-zero emission targets in the middle of the century are hence a necessary and important vision. Over this decade, early action however needs to happen. The ultimate warming will depend on the cumulative emissions between now and net-zero. Thus, enhanced 2030 targets are crucial. In general, the major developed country emitters will need to at least halve their emissions by 2030.

Given that some base years, percentages, and scopes of targets can be confusing, we here offer an initial quantification of the countries' trajectories of emissions. Consider to also visit our previous work, the NDC factsheets (https://www.climatecollege.unimelb.edu.au/ndc-indc-factsheets), hosted at the University of Melbourne. Also, visit the great pages by our colleagues at the Climate Action Tracker (www.climateactiontracker.org) for in-detail assessments.

There are quite a few methodological details underlying this quantification. Big shout out to our colleagues Johannes Guetschow and the PIK team for their tremendous resource, the PRIMAP-hist database. Due to the relatively swift quantification, we cannot guarantee the quantifications to be error free. We will certainly double check and make this resource more comprehensive in the lead up to Glasgow COP26. Stay tuned.

These quantifications are performed by Malte Meinshausen and Jared Lewis (Climate Resource), 22 April 2021.

Subscribe to our webinar announcements and news of how the latest climate science can assist your decision making: